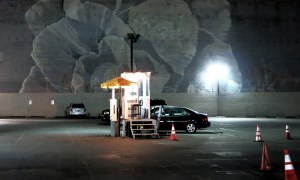 You probably couldn’t stop your accountants from allocating overhead to your operating profit centers, even if you tried. I’m not a business historian, but somewhere along the line, accountants everywhere became convinced that allocating overhead to operating unit P&Ls results in a better understanding of profitability. That may or may not be true, but let’s not use an accounting concept for making business decisions.

Overhead has a different meaning in every company, and its calculation varies widely. Generally speaking, though, it is considered to be the cost of running a head office, including centralized costs such as executive salaries, office rent, computer systems, etc. When the accountants allocate overhead, it is often in the form of a percentage of gross revenue. If a company has a division that contributes 10% profit, and another that contributes 8%, a 4% overhead allocation would reduce these results to 6% and 4%.

In this example, it would appear that the first division is 50% more profitable than the second, and management might be tempted to allocate resources accordingly. But its contribution margin is only 25% higher, so the result could be misleading.

If you can’t tell if your operations generate enough profit to cover overhead, you might consider looking for a different occupation. For the record, I’m sure many intelligent people disagree with me.

Don’t include Overhead in your business decisions

In my experience, many accountants don’t really appreciate that accounting conventions have no place in business decision-making, and operating executives often don’t feel confident enough to challenge the accountants on their own turf. Some things to remember:

I have seen some dysfunctional results arise from trying to shoe-horn an accounting concept into business decisions.

A retailer had several stores that were not only losing money, but had a negative cash flow. That is, their operating loss was greater than their depreciation and amortization. The stores clearly needed to be closed to stop the damage.

The CEO, however, had done his math. If he closed the failing stores, the overhead allocated to those stores would have to be redistributed to the remaining stores, reducing their accounting profit after overhead. The CEO could not be persuaded that closing the losing stores would improve the company’s total profitability.

The failing stores continued to lose cash flow, and the overhead was allocated to all stores… until the CEO was replaced.

A homebuilder had a target IRR for new community construction projects. IRR is a measure of cash flow that calculates the return realized on a cash investment. The CFO, an accountant by training, insisted that all cash flow projections include a 3% charge for overhead, despite the fact that overhead has nothing to do with the incremental cash flow generated by a new construction project. He argued that when the project was under way, overhead would be allocated for accounting purposes, so the pro formas should reflect that. The pro formas then became just a forecast of the accounting records, and IRR, the real reason for making the investment, was calculated incorrectly.

At least the pro formas were conservative as a result of this allocation, but the company probably missed out on some good opportunities whose IRR projections fell below the hurdle rate. As it happened, the company’s actual overhead was not even 3% at all.

In a year when earnings were tight, I was encouraged as division CFO to find ways to increase reported profit, so I capitalized the distribution center costs. This resulted in a large transfer of costs from expense to inventory, substantially increasing reported earnings. The parent company paid senior management large bonuses that year, regardless of the fact that nearly all our profit came from an accounting change.

Although we reported more profit, the actual economic impact on the company was a negative cash flow in the amount of the bonuses that were paid. Was the accounting technically correct? Yes. Was it the most appropriate accounting under the circumstances? Maybe not. Would I do it again? … Well, I did like that bonus.

When a land developer sold finished and partially finished lots to homebuilders, they did a land residual calculation to arrive at the asking price. That is, they estimated all the builder’s costs and revenues, and priced the lots so the builder could achieve a specified percentage profit margin. But one of the costs included in the analysis was 3% – again 3% – for overhead. If they didn’t include the overhead, they could have started with a higher asking price, and maybe sold the lots for a higher price.

Does your CFO take a practical view of Overhead?