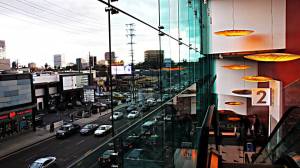 Pretty much every company wants to increase its profit, and most managers devote a large portion of their time to trying to increase revenues and margins, or reduce costs. As a financial manager and consultant, I have been involved in many profit improvement initiatives. Here are some examples – they are mostly from construction, retail and land development, but the concepts can be applied to any business.

Sometimes a simple conversation will solve your problems. This can be a natural process, or the result of an expensive and time-consuming structured organizational review. If you have a problem, talk about it.

A telephone call – The sales department of a homebuilder often selected lots for sale in such a manner that the engineering department had to return to the city with new plans for approval. This caused time delays for sales and frustration in the engineering department, and resulted in increased plan approval fees. A Six Sigma team approached the problem, creating wishbone charts, pareto charts and other analyses to identify the underlying problem, but could find no statistical pattern. Finally, the head of engineering telephoned the head of sales, and the problem was eliminated in five minutes.

A meeting – The buyers at a retail company weren’t getting all the information they needed from the accounting department, so they appointed a full-time administrator to track and report on outstanding orders and merchandise receipts. A meeting between the buyers and the accountants resulted in an automated report that solved all the buyers’ needs, and the administrative position was eliminated.

Bottlenecks – A land developer was experiencing chronic delays in processing grading permits. Business was booming, so every day represented delayed revenue and additional carrying costs on multi-million dollar developments. A Six Sigma team spent several weeks of process flow-charting and statistical analysis, only to learn that the manager in charge of grading applications was swamped, and had a long backlog. They added a part-time clerk, and the problem was solved. Asking a few simple questions much earlier would have been a lot easier.

Does your CFO encourage your operating team to communicate with each other?